The Ethics Of Capitalism

A 2017 poll found that Americans under 30 preferred an economic system based on collectivism (socialism, communism, or fascism) to capitalism, 58% to 42%.  There was not an explanation for why poll participants replied the way they did. However, when you look at today’s economy, I can think of a few: 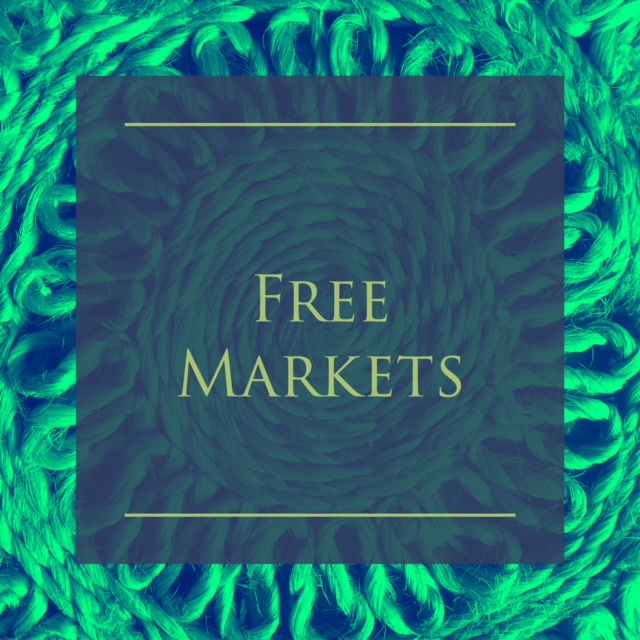 If a capitalistic economy produces the issues on that list, why shouldn’t we look for an alternative? Can we truly say the US economic system is built with their needs in mind when it seems like the rich and powerful are taking advantage of the rest of us?  Before I say anything else, let me provide common definitions for “socialism” and “capitalism.”

Socialism is a political and economic theory of social organization that advocates that the means of production, distribution, and exchange should be owned or regulated by the community as a whole.

Capitalism is an economic system based on free markets and the rule of law with legal protections for private ownership.

Any human idea or system is not going to be perfect.  There will always be opportunities for misuse. Some argue that it is inherent to capitalism for powerful people to exploit others.  Others believe exploitation can only be accomplished by moving away from capitalism toward a more centrally controlled economy. I don’t have the ability to identify which is which.  What I want to do in this article is to think through what should happen to the common person when a free market economy is left to itself.

One fascinating thought is that through a free market, equal application of law to each individual, and private ownership, one of socialism’s main claims is accomplished.  The community directs economic activity. There isn’t a grand plan for the purpose of bringing this about. It happens organically. Plus, think about it, how do normal members of the community get to directly influence the economy in socialism when more and more decisions are taken away and given to a central government or industrial committee?  It may seem counterintuitive, but people get more economic power when they are simply free to choose, not when laws are made for their benefit. Let me leave you with 3 reasons why that is.

First, left by itself, it is the most democratic system in the world.  Within socialism, the economy and politics are joined together more tightly,  which allows for a tyranny of the majority. If 51% of the people want to do something, then 100% are held accountable to participate.  In the US, there are laws in place, one example the Bill of Rights, just to protect minorities from this type of tyranny. However, in capitalism minorities are served.  Not perfectly. Not absolutely. Still, the market takes into account each individual’s personal preferences, for the right price of course. This happens because the ultimate authority is the consumer, who decides what is made for how much money and in what quantities.  No one individual gets whatever he or she wants but each individual gets to participate in the process by making choices.

Second, historically when markets develop, it moves people toward production and trade of goods and away from war and confiscation.  In the ancient world, there were few ways to “get rich.” A common way was to take valuables by force. Amassing wealth was tied to the exercise of violence whether by forcibly taking or maintaining power over a geographic area.  Capitalism encourages this movement by taking economic choice away from those wielding violence and giving it to those who better serve others.

Third, because the "consumer is king" producers have to compete with one another to win his or her favor.  A natural result of this is that prices decrease over time through mass production and technological innovation, which means that the poor are able to have things that only the rich could afford previously.  If you look at global poverty statistics, you see the effect of this mechanism, poverty rates have drastically decreased over the last 150 years.

How does this relate to Faith?

Does any of this relate to the Bible and Christianity?  Sure it does. One of my previous articles discussed how Western individualism was influenced by Biblical doctrine that each person has a relationship with God.  God saves the individual. God judges the individual. Then when you read through the Bible, it looks like the backdrop is a world where there is a free market, private property, and people making choices to materially better their lives.  We see this in Proverbs 31:10-31.

10 Who can find a virtuous woman? For her price is far above rubies...  13 She seeketh wool, and flax, and worketh willingly with her hands. 14 She is like the merchants' ships; she bringeth her food from afar.  15 She riseth also while it is yet night, and giveth meat to her household, and a portion to her maidens. 16 She considereth a field, and buyeth it: with the fruit of her hands she planteth a vineyard....  18 She perceiveth that her merchandise is good: her candle goeth not out by night. 19 She layeth her hands to the spindle, and her hands hold the distaff... 24 She maketh fine linen, and selleth it; and delivereth girdles unto the merchant.  25 Strength and honour are her clothing, and she shall rejoice in time to come... 28 Her children arise up, and call her blessed; her husband also, and he praiseth her… 31 Give her of the fruit of her hands, and let her own works praise her in the gates.

The main character is a person of a non-privileged social class.  She provides for her family, She operates a small business. She makes important economic decisions.  No one is telling her what she is and isn’t allowed to do. She owns property. Sounds like a good way to do business. Sounds like capitalism.

Are we living in difficult times?

Why Are Christians Stirred Up About Abortion?